Pioneering work in understanding and improving the efficiency of the UK’s solar industry has led to a University of Sheffield research group scooping a top industry award.

Sheffield Solar, based in the Department of Physics and Astronomy was awarded the Smart Solar Industry Award from Smart Solar UK at a ceremony on Thursday 24 November 2016. The awards recognise excellence in the solar industry.

The group, part of the University’s Energy 2050 institute and Grantham Centre for Sustainable Futures, has been active since 2010 and operates the UK’s largest database of electricity generation data from rooftop solar panels. It promotes sharing of knowledge and data between industry, society and academia.

Sheffield Solar has been collecting data and analysing the performance of operational Photovoltaic (PV) systems around the UK for the past six years.

In a recent project, the group have been working with National Grid to help the transmission system operator understand how much power the UK’s increasing number of solar panels are producing and to improve the efficiency of its electricity network.

The ‘PV_Live’ project runs for two years and aims to reduce uncertainty in half hourly estimates of PV generation by, on average, 50 MW during daylight hours.

The project could mean savings for the National Grid of between £1million and £10 million per year through offsetting the need to increase reserve holdings of the short-term response electricity used to balance the grid. This could be passed on to electricity bill payers.

Another benefit could be a reduction in the environmental impact of grid balancing operations, estimated at several thousand tonnes of carbon dioxide emissions per year.

The ‘PV_Live’ project has been so successful that after eight months, the output from the tool went live in the National Grid control room and is now the main grid balancing tool for forecasting PV generation.

Aldous Everard, Business Development Manager at Sheffield Solar, said: “I am delighted that Sheffield Solar has been recognised through the Smart Solar Solution award from Solar UK. Our project with National Grid has greatly improved real-time estimates of PV-generated solar power and our data continues to be used by experts and energy journalists across the UK.” 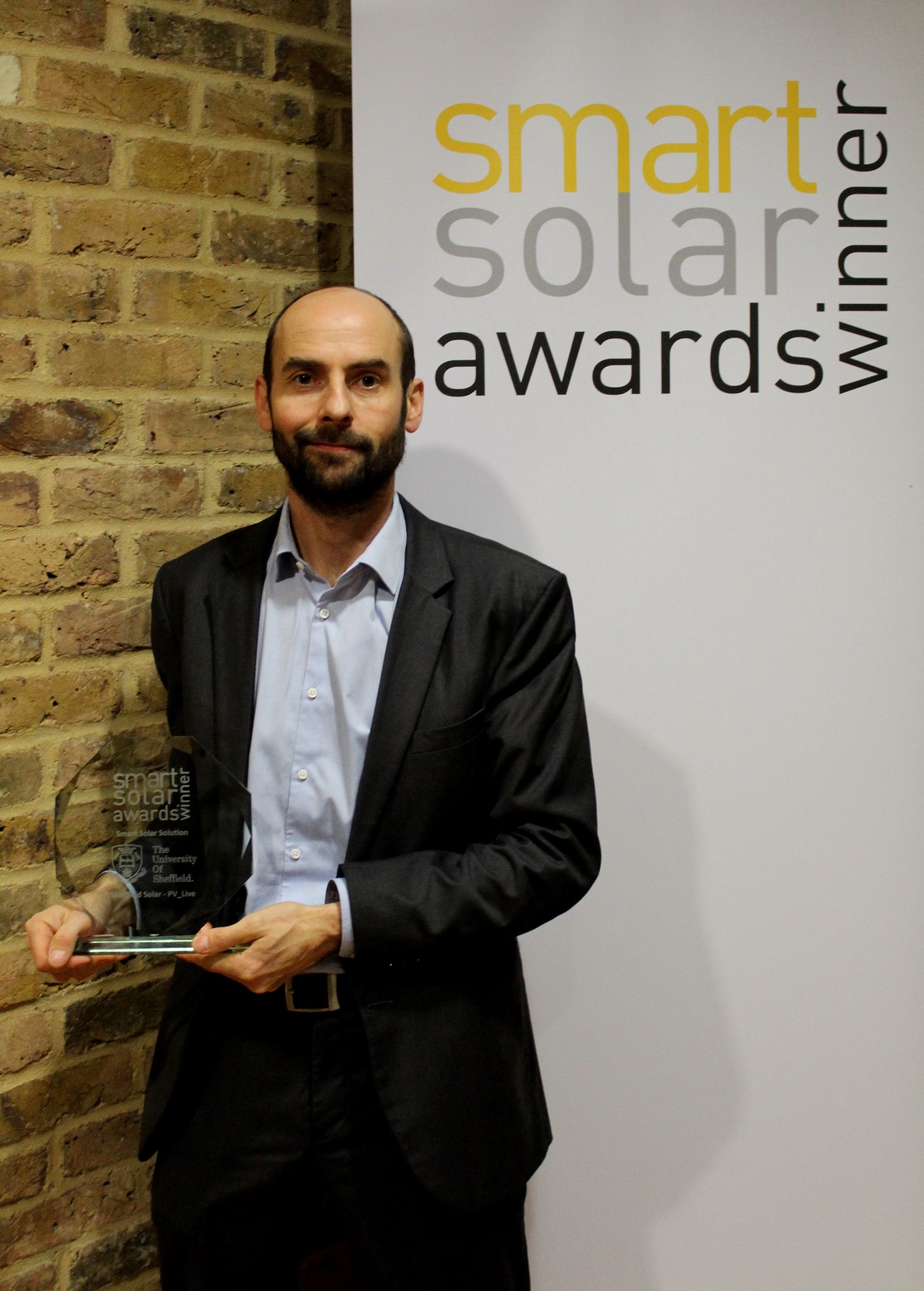 The group have also been nominated for a Business Green Technology award. The winners will be announced on Friday 2 December 2016.