Garnett Wharfe, a pioneering David Wilson Homes development regenerating a historic derelict paper mill site in Otley, has seen the installation of a twin Archimedean screw turbine on the River Wharfe over the historic paper mill weir near the centre of Otley.

The hydroelectric project, which is being managed by Eric Wright Civil Engineering and Lowwood Products, has seen the installation of two 3.7m diameter screw turbines co-located near the new housing development. A turbine house is located above the turbines, which will house the electromechanical equipment, including the gearbox, generator, control system and transformer.

During its operation, the hydroelectric facility will match its output of energy to that delivered by the river, first ensuring sufficient water passes over the weir and down the fish passes. Any surplus will be taken through the screws up to maximum flow rate of 13,500 l/s, or 13.5 tonnes of water per second.

The installation will be connected directly to the housing development via a private grid network to supply the Garnett Wharfe development and surrounding areas, subject to demand and generation levels. In addition, the site will use the natural river flow and fall over the existing weir, which has a hydraulic head of 3.45m (3.25m net head) from weir crest to average downstream water level stage. The scheme, which is rated at 350 kW (175 kW per screw) is expected to provide an annual energy output of 1,011 MWh. This is sufficient to meet the average annual electrical usage of 290 UK homes, with an annual CO2 saving of 450 tonnes in comparison to imported grid energy.

The scheme also includes a new three-stage Larinier fish pass, which will promote upstream migration, along with a baulk fish pass located at the opposite end of this weir. This will allow fish to move more quickly past the weir, which is currently an impassable barrier for most species.

Work on the new hydroelectric facility initially commenced in November 2015 and the latest phase builds on the recent installation of a sheet-piling cofferdam around the working area to keep out the river. The project is expected to be completed later this year, with the next steps comprising of completing the build, before progressing to install the necessary electrical equipment, connect to the electricity grid and remove the cofferdams, which will see the plant aiming to be commissioned in September. 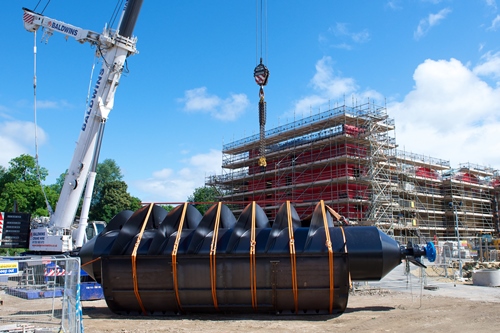 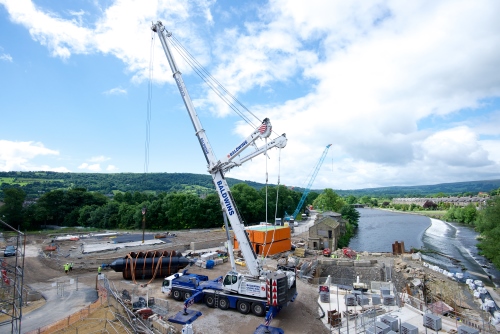 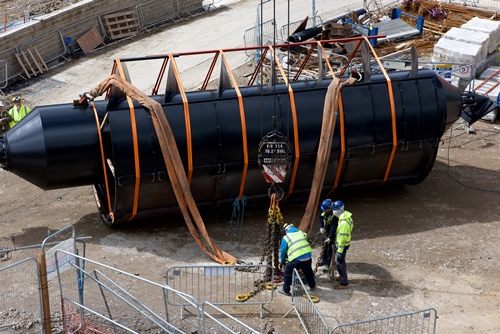 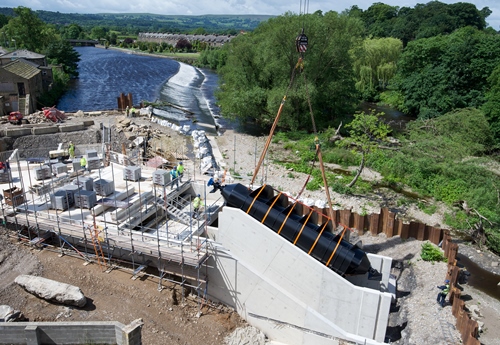 Fulcrum sets out on journey to become carbon neutral by 2030