Northern industry leaders have explained what they want to see in the Government’s Industrial Strategy following the Prime Minister’s launch of its new green paper consultation.

Based on ten ‘strategic pillars’, which will guide the policy as it is formed, the Industrial Strategy aims to adapt the UK’s economy for the post-Brexit era and revitalise the post-industrial regions left behind by the economic recovery felt elsewhere.

The ten pillars are designed to build on the UK’s strengths with emphasis being placed on developing the UK’s skill base in STEM and digital industries, improving infrastructure and supporting SMEs to grow and provide employment opportunities.

The Government is keen to emphasise that this strategy document is open to input from the public, and wants to hear ideas from business and private individuals alike about how to deliver an economy that works for everyone.

Brian Palmer, CEO of Tharsus, said: “The Government’s commitment to support the growth of the UK’s robotics and automation sector through its Industrial Strategy is very welcome. Robotics and automation has the capacity to drive significant increases in the UK’s productivity, and help some very present social challenges such as caring for our ageing population.”

“Much like the internet has, robotics will yield a revolutionary change in how we work and live. It has applications in every commercial sector and section of society, and offers a great opportunity for the UK.

“The UK has first-class research universities and a leading high-value manufacturing sector. By supporting the development of the UK robotics industry, and the transition of research into commercially viable products, the UK can be a leading force in what will become a $100 Billion global market within the next few years.” 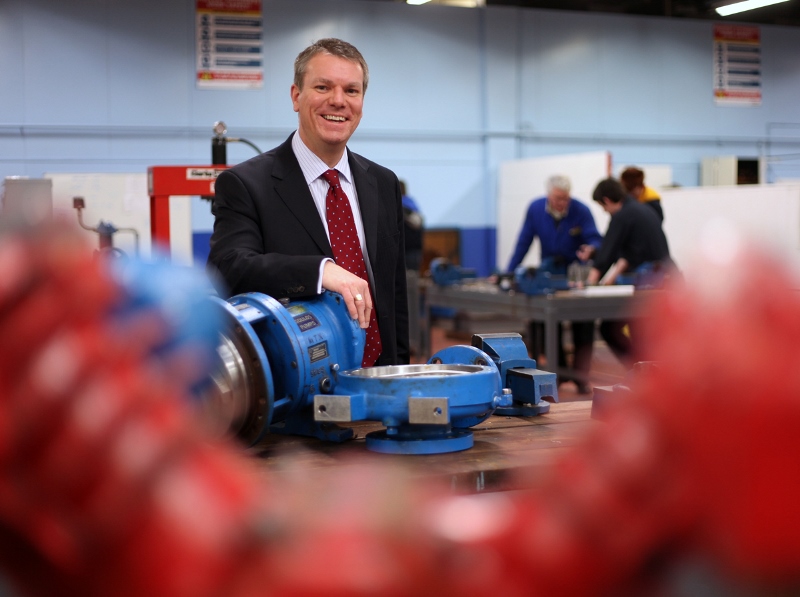 Steve Grant, Managing Director of the TTE Technical Training Group, said: “The UK’s industrial capabilities have to be underpinned by a breadth of technical skills that can serve a variety of sectors.

“By placing the development of a skilled workforce at its heart, through relevant and forward-thinking training, the Industrial Strategy will help arm companies with productive and motivated people that have the abilities to help our economy compete in global markets.

“Skills also benefit communities by creating career opportunities, especially through apprenticeships, and the industrial strategy has a real opportunity to play a part in enhancing the prospects of the UK workforce.” 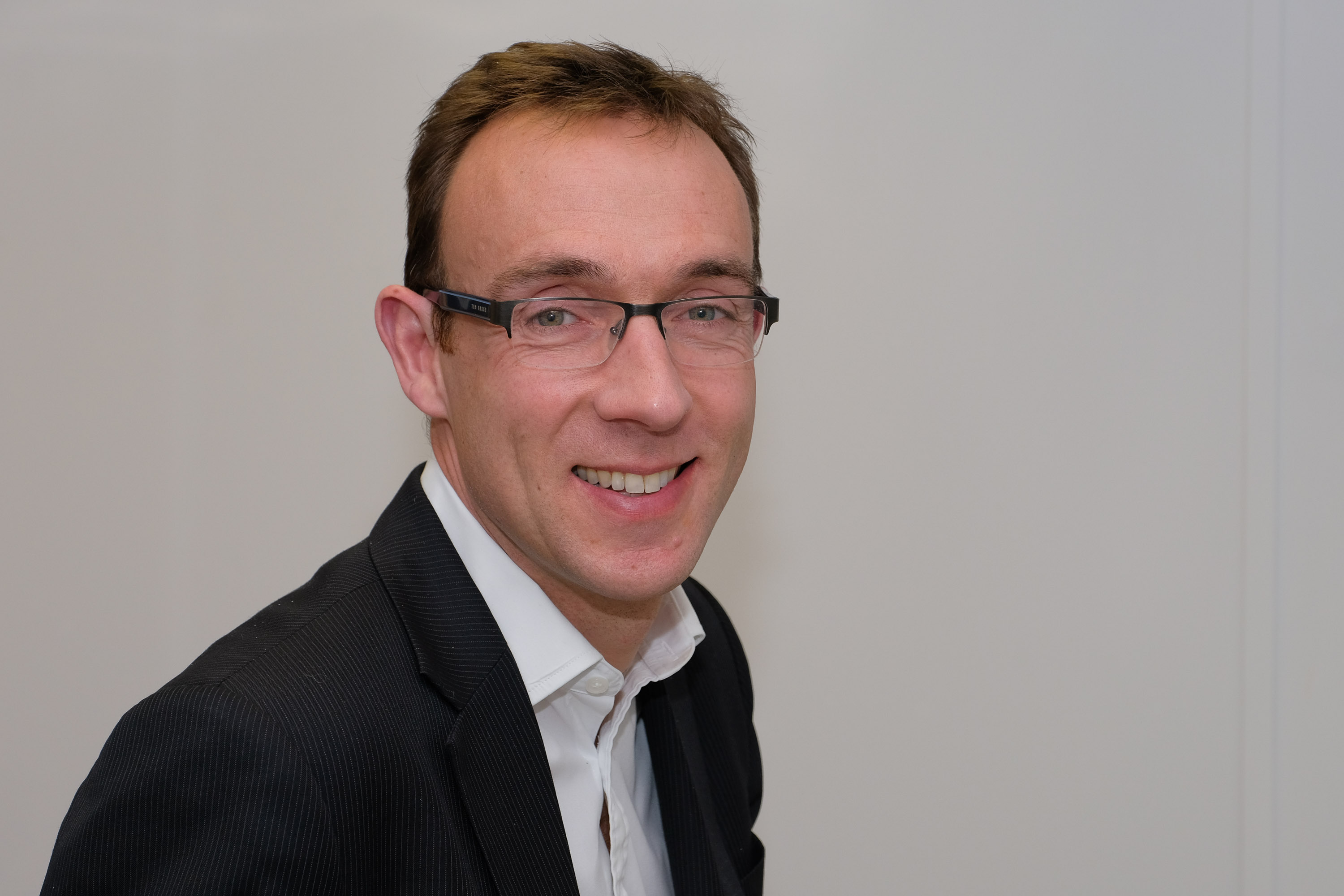 David Stroud, Managing Director of Future Energy, the Newcastle-based energy supplier, welcomed Mrs May’s approach to affordable energy, he said: “The Prime Minister is quite right to demand affordable energy for everyone. For too long national and international businesses have not given customers value for money and deprived the region of tax revenue. In the same way the process of devolution is having success in finding home-grown solutions to local problems, we need a regional approach to energy supply.

“Local suppliers, such as Future Energy, are a benefit to the regional economy. We employ local people, pay our business rates to the local council, and the savings we generate for our customers are spent locally, keeping that money in the region and driving economic growth in the North East. This is vital to the future success of the Northern Powerhouse, post-Brexit.” 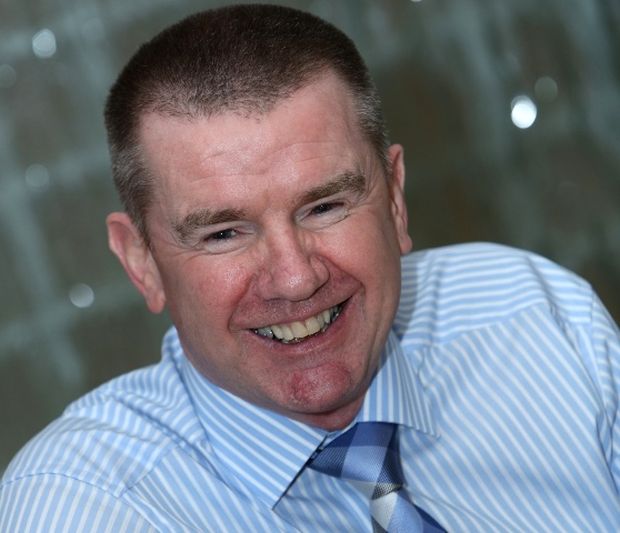 George Rafferty, Chief Executive of NOF Energy, said: “The UK energy sector is one of the cornerstones of the economy and an effective industrial strategy will offer greater confidence in what British business can achieve. It will also be part of rebalancing the economy to maximise the capabilities of UK industry and enhance its role in the future prosperity of the economy.

“Building on its tremendous heritage, the energy sector supply chain has evolved to be at the cutting edge of developing technology-led solutions. An industrial strategy with focused, practical support and an emphasis on research & development will only serve to bolster companies and their ability to be world-leaders in their field.”

Chris McDonald, Chief Executive of the Materials Processing Institute, said: “The introduction of an Industrial Strategy demonstrates a commitment from both Government and industry to work together, to support long term inward investment, job creation and growth. Government is right to focus on cross-cutting themes, such as innovation and infrastructure, which will tackle the productivity gap that has long been a challenge for the UK economy. It is now up to industry to respond by using the sector deals on offer, to invest in the advanced skills, technology and automation, to create the trade led growth Britain needs for the future.

“Additional funding and initiatives will capitalise on our World leading science and innovation capabilities, to boost R&D and product development. This is particularly true for the steel and foundation industries, which have the potential to become the most technologically advanced industries in the world.” 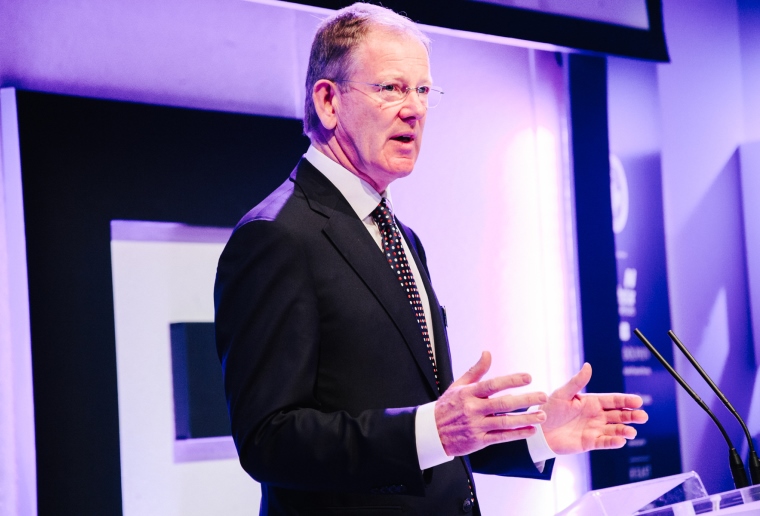 Entrepreneurs’ Forum Chairman Nigel Mills said: “The appointment of Margot James as Scale-up Champion is a positive development for growing businesses. The vast majority of new jobs created are in high-growth scale-up businesses, so removing the barriers that impede their growth is the best way the Government’s Industrial Strategy can create the wealth and opportunities in communities across the UK. By supporting scale-ups the Industrial Strategy would not so much be picking winners, but giving a boost to companies that are already on track to win, in effect putting its weight behind the most effective engine for job creation engine available.

“Ensuring that businesses have capable leadership, the talented people they need, access to finance, increased prospects for domestic and international sales, and infrastructure that meets their logistical needs, the Industrial Strategy can create the conditions for growth that will add billions of pounds to our economy and better prepare the country for the challenges and opportunities of the post-Brexit world.”

Graham Robb, Regional Chairman of the Institute of Directors in the North East, said: “The Government is right to create an Industrial Strategy, which will help to secure long term business growth and prosperity in the North East and across the UK.

“The Industrial Strategy is particularly important for our region, building upon our strengths by assisting North East companies find new export opportunities and ensuring they can access to the skills they need.

“The Government’s long-term approach, can keep North East businesses attractive to investors, while helping individuals and communities reap the rewards of increased productivity.”

Terry Scuoler, CEO of EEF, the manufacturers’ organisation, said:“Today’s announcement sends a strong signal that industry’s calls for a modern, comprehensive and robust industrial strategy have not fallen on deaf ears. The strategic pillars outlined today touch upon some of the key weaknesses, areas of concern and opportunities for business which, if tackled, will provide a huge tonic to Britain’s future economic growth. Government and industry must now work together to meld these pillars into a strategic framework that will deliver measurable, demonstrable results.

“The right industrial strategy will provide the springboard for future British economic success. It must live up to the promise of driving different behaviours and outcomes for the British economy, which requires the whole of Government working together to support it with clear leadership from the Prime Minister and her Cabinet. The fact that the PM has unveiled these plans herself suggests that this message too has successfully landed.”

Dr Colin Brown, Director of Engineering at the Institution of Mechanical Engineers, said :“The Government’s pledge to focus on developing technical skills is an encouraging step. The UK urgently needs to raise its game in the development of a highly-skilled, technically-trained workforce to underpin our future economy, particularly in light of the UK’s withdrawal from the EU.

“There needs to be greater investment in a range of broad technical skills to develop an agile and resilient workforce rather than simply job-specific training. This is not about businesses absolving themselves of any responsibility for training staff, but about providing more people with the fundamental skills that will boost their career prospects and help business, and the UK economy more widely, prosper. The right industrial strategy has the potential to increase opportunities for fulfilling skilled jobs for more people from all backgrounds, leading to a fairer and more stable society.

“Other key areas that the Government has pledged to support include delivering affordable clean energy, upgrading infrastructure and providing a new £4.7billion research and development (R&D) fund. While these pledges are broadly positive, they must be underpinned by a radical overhaul of current policy. For example, Government has scrapped plans for the Carbon Capture and Storage demonstration project, which is the only viable technology that could decarbonise our electricity sector in the medium-term.

“The UK has a great history of innovation, but UK companies have often struggle to bridge the investment barrier of commercialisation between development and bringing a product to market. The new £4.7billion R&D fund must look to help companies overcome this ‘valley of death’ by supporting long term financial security.”

Tudor Aw, head of tech sector at KPMG UK, said: “In a post-Brexit era, it is crucial that the UK tech sector is front and centre of the Government’s new industrial policy. I am therefore delighted to see that key areas such as robotics, artificial intelligence, Smart Energy and 5G have been identified as areas that will underpin the Government’s approach. The hope is that this is just the start and we will see other future disruptive technologies such as Nano technology, autonomous vehicles and IoT/“Connected everything” get similar focus and funding.

“As has been long recognised, to be successful in tech, we desperately need to upskill our workforce in STEM (Science, Technology, Engineering and Maths) subjects and to see investment in these skills as well as in science, R&D and innovation is hugely promising.”