By Northern Engineer • Posted in Manufacturing

The head of manufacturing for Santander is joining EEF, the manufacturers’ organisation, as its Membership Director.

Charles Garfit, who formulated the bank’s manufacturing sector strategy in the UK, starts his new role at EEF in April as the organisation prepares to expand its membership offer to include a new digital network.

Mr Garfit, who worked across Europe advising manufacturers on asset management before joining Santander in 2010, has worked closely with the Warwick Manufacturing Group in building up sector expertise. 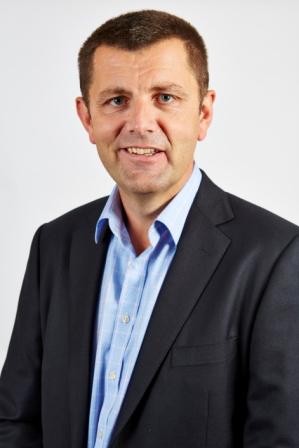 Terry Scuoler, Chief Executive of EEF said: “Manufacturers are facing significant challenges and opportunities ranging from our changing relationship with the EU, to new trade deals around the world and the whirlwind of new technology and digitisation. Our membership offer reflects this sea change and Charles’ pivotal role will help strengthen our relationship with existing members as well as introducing new companies to EEF. He’ll lead our nationwide team as we reinforce our regional network and continue to deliver a wide range of services that support the sector alongside our engagement with Government here, in the EU and worldwide.”

Charles Garfit said: “I’ve worked closely with manufacturers throughout my career and the opportunities for UK manufacturing are clear to see with a new industrial strategy and advances in technology which are already revolutionising the sector. I will be working to ensure EEF is as close as possible to existing and new members, representing them and supporting them as new opportunities arise.”

Prior to joining Santander Charles ran a pan-European SME business and before this had a successful career in asset consultancy where he advised manufacturers and financial institutions across Europe and the Nordics on asset value, management and sales.